Burglary charges brought under California Penal Code section 459 are more common than you might think. 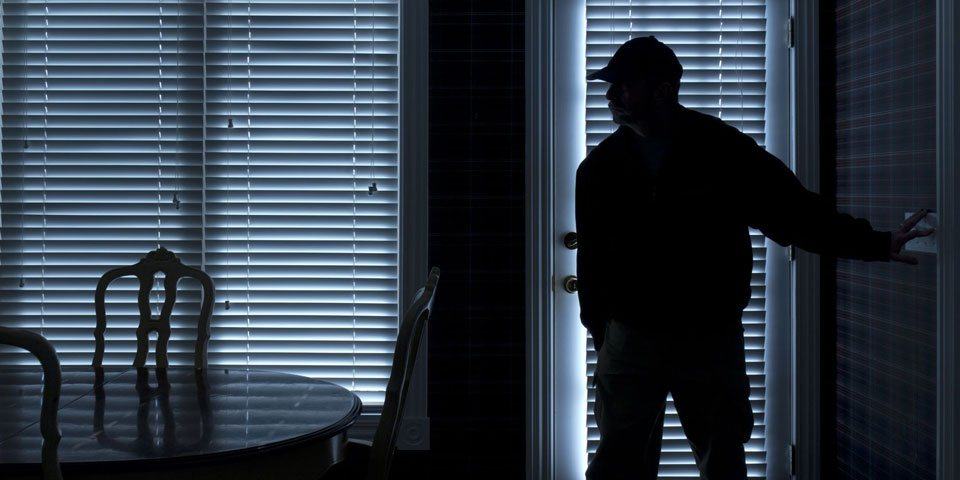 California burglary laws are very broad and cover many types of theft or crimes. Entering a structure with the intent to commit any felony inside the structure can be charged as burglary under Penal Code section 459 (sometimes referred to as “PC459”). Burglary can be charged as either a felony or a misdemeanor depending on the facts of your case.

The public usually imagines a burglar as someone with a mask who breaks into a home at night, but California law is very broad and many crimes could be considered burglary that have nothing to do with stealing or theft. In many ways, a burglary charge focuses on your state of mind. The following variety of crimes could be charged as burglary if the person had the intent to commit a felony crime before going inside:

If you or someone you know has been charged with theft or burglary in Los Angeles, please call criminal defense Long Beach Criminal Lawyer at 562-304-5121 to schedule a consultation and learn about how you can fight for your rights and freedom.

In California, burglary is separated into two types under Penal Code section 460: first degree and second degree burglary. The difference in burglary type depends on whether the burglary took place in a residential or a commercial structure.

Entering a home, condominium, apartment, a trailer or any type of building that someone lives in is first degree burglary. The owner or inhabitant of the place can live there even if they are temporarily absent. First degree burglary is a felony offense and punishable in California prison for 2, 4 or 6 years.

Under California law, each of the two elements below must be met for a conviction of burglary under Penal Code section 459:

If any of the elements cannot be clearly met, a conviction cannot occur or you have stronger bargaining position to either reduce or dismiss the charges against you.

Punishments for Burglary in California

For criminal defendants charged with burglary who are not United States citizens, a criminal conviction for burglary can have serious immigration consequence that include removal or deportation. Please call 562-304-5121 to learn more about your options.

Because burglary can cover a large variety of crimes, many types of associated crimes are often charged. Commonly charged crimes under the Penal Code include:

Because most burglary cases depend on circumstantial evidence, a strong legal defense must challenge all allegations and ensure police officer’s followed the law and proper investigative procedure. Legal motions filed in your case can used to exclude any illegally obtained or unfairly prejudicial evidence. All the following areas, if applicable, should be carefully examined in an arrest for burglary.

In the majority of burglary cases, police officers must make an identification based on the description of the witness. If a police officer’s only stopped and arrested you on a hunch or a vague description, the stop and arrest are possibly illegal and any evidence taken from you could be suppressed in your case.

In emergency situations, information given by witnesses or victims to 9-1-1 operators or police officers are often unreliable because crime happens very quickly and the reporting person may not have had a good look at the burglary suspect. A vague description is weak evidence of a crime.

If your case has multiple witnesses, it is important to speak to each witness and determine what each person saw. If the witnesses give contradictory or different answers, a strong defense of mistaken identification could be made.

In most burglary crimes, a crime is committed and after some time a report is made. A description is broadcast to police patrol cars and anyone who resembles the perpetrator could be arrested and charged with burglary. Unfortunately, mistaken identity, mistaken eyewitness testimony and malicious lying accusers often lead to false and trumped up burglary charges.

Unlike Hollywood movies, most police identifications of suspects do not occur in the police station with several people of similar appearance. In most burglary cases, police officers will conduct an unreliable and unfairly suggestive “field line up” or “field show up” where a suspect is handcuffed, held by police on the street by themselves and then shown to the witness.

In one U.S. Supreme Court case, the victim of a gun point robbery gave a description to police officers. After a few days, someone who resembled the description was arrested in the same area and his photograph was taken. The victim “identified” the defendant through the photograph. The United States Supreme Court later held that the defendant was unlawfully arrested and therefore, all the evidence collected against him from the armed robbery had to be suppressed.

Legal Right to Own or Possess Property

In California, you probably cannot burglarize your own home or steal your own property. If the defendant is the owner of the property or has a legal right to be there, there is consent and this could be a defense against burglary. However, ownership of property may not be enough to defeat a burglary charge if there is a restraining order against you to enter a particular home.

In many cases, a thorough investigation of the facts is just as important as the legal motions filed. Those investigations can reveal critical weaknesses in the facts of the prosecution’s case. All the following factual areas should be carefully examined.

Factual defenses for burglary usually revolve around the following:

The remaining evidence that cannot be legally excluded through legal motions in court should be challenged to show its weaknesses. Because burglary cases are often circumstantial, the quality of the evidence must be attacked and weakened. In many cases, the district attorney must stretch the facts to show a defendant committed a crime. A strong legal defense does not allow the district attorney to make weak claims that are not supported by the evidence.

The timing of when you decided to commit a crime is crucial against a charge of burglary. If the prosecutor cannot clearly show you had the intent to commit a crime before you entered the premises, it’s very difficult to convict you for burglary.

Examples of unclear intent to commit a burglary include:

Examples and evidence of intent to commit a burglary before entering a location include:

In one 2013 California case, People v. Arevalo, the court fully reversed a burglary conviction that was based entirely on DNA evidence with no other witness testimony or admissions by the defendant. In this case, a commercial store was burglarized by someone who threw a rock through the window. The only evidence that the defendant committed the crime was the defendant’s DNA evidence on the rock. Despite a guilty verdict, the California Court of Appeal decided that mere DNA near a burglary crime scene was not sufficient evidence and fully reversed the conviction.

In California, DNA or other scientific evidence by itself might not be enough for a conviction of burglary. The specific facts of your case matter, please call 562-304-5121 to schedule a consultation to discuss your case.

If you want to speak to a Los Angeles Criminal Defense attorney and have additional questions about burglary, larceny or theft charges, please call the Law Offices of Long Beach Criminal Lawyerat 562-304-5121 to schedule a consultation and learn how you can defend your life and freedom.