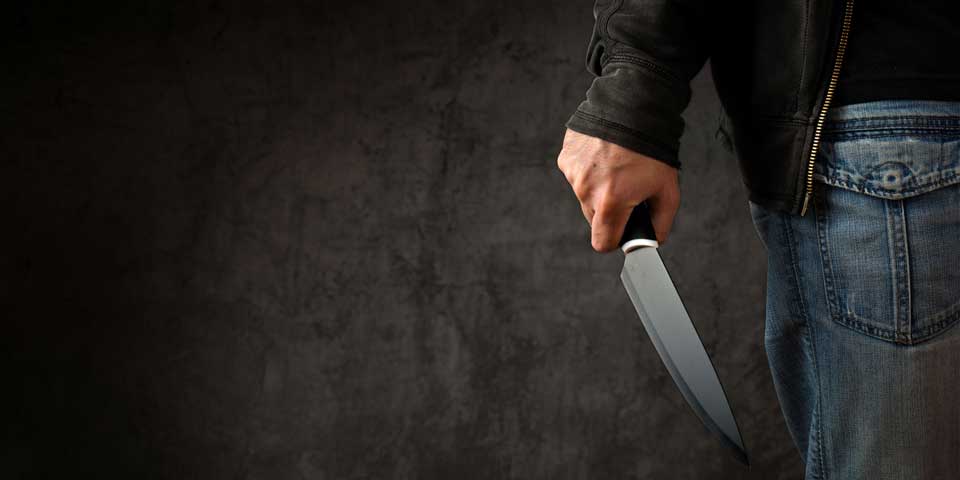 Assault with a Deadly Weapon or Assault Likely to Produce Great Bodily Injury (also known as “ADW,” “aggravated assault,” or “felony assault”) are serious offenses. Being charged with assault under California Penal Code section 245 (or “PC §245” for short) can lead to significant consequences. PC §245 is meant to punish those who use a weapon, gun, other object, or significant force to commit an assault.

It is important to note that an assault does not require any injury. For instance, throwing a beer bottle at someone is likely to be considered assault with a deadly weapon, even if the bottle misses them completely. If the beer bottle actually hits the person, it is considered battery.

Given the variety of circumstances and conditions surrounding an alleged assault, California law provides a few ways to classify an assault. These seemingly “small” differences are often underappreciated and misunderstood by the general public. For example, assault with a deadly weapon or with great bodily injury can be charged as either a felony or a misdemeanor in many cases.

Punishments Assault with a Deadly Weapon

The penalties for a conviction under PC §245 are shown below.

Importantly, your punishment will depend on the strength of your legal defense, the facts of your case, your criminal history, and many other factors. Of note, people who are not citizens of the United States face the strong possibility of deportation or removal from the United States and future inadmissibility upon conviction.

Categories of Assault under PC §245

There are four general categories of assault under PC §245:

Assault crimes under PC §245 are very broad and cover many types of circumstances. The punishment you face and your defensive tactics will depend on exactly what you are charged with.

The precise details and law can easily increase or decrease a prison sentence by several years. You need to be fully informed to make the best possible decision for yourself.

Differences between felony and misdemeanor ADW

Prosecutors can choose to file certain assault cases as either a felony or a misdemeanor. As your case progresses, the weaknesses or strengths of the case will also become apparent which will either increase or decrease your charge and potential punishments.

A prosecutor’s decision to charge a felony or a misdemeanor is dependent on:

Building your defense immediately will allow you to more-readily persuade the prosecutor that a case dismissal, less serious charge, or a reduction in punishment is in everyone’s best interest and in the interest of justice. Most prosecutors do not want to pursue a case where the police investigation is flawed or weak, the victim is not credible or where they face uncertainty in proving their case.

Definition of “deadly weapon” under PC §245

Bob and Peter get into a fight. Bob is 5’5″ and 120lbs while Peter is a 6’5″ 320lbs mixed martial arts fighter. Bob pushes Peter to the ground and starts kicking and stomping Peter in the head. Fortunately, Peter is not seriously injured due to his strength and training. Even though Peter is barely hurt, without any strong defense, Bob is likely to be convicted of PC §245(a)(4), if a jury believes the kicks would have likely to produce death, paralysis, or other serious injury.Even though Peter was not seriously injured, the injuries alone are not conclusive on the amount of force used.

If Peter were actually seriously injured, then the more serious charge of battery under PC§243, with an enhancement for inflicting of great bodily injury under Penal Code § 12022.7 or other criminal charges could apply.

Examples of Assault with a Deadly Weapon

Assault and battery are often charged together in criminal cases, but they are distinct and separate crimes. California appellate courts have upheld convictions of assault with a deadly weapon in the following types of cases.

California appellate courts have found the following to not be deadly weapons:

In my experience, most charges involving weapons or fights arise from chaotic and confusing situations. Finding and demonstrating inconsistencies, exaggeration or lies will greatly strengthen your defense. Your strongest defense is shaped and tailored specifically to YOUR particular case facts.

Most defenses against assault with a deadly weapon stem from one of the following themes:

In a road rage incident, you are driving away from the scene and later charged with assault with a deadly weapon. The victim called the police because they mistakenly thought you were trying to run them over with your car.

Crimes Frequently Associated with Assault with a Deadly Weapon

There are often many additional crimes that are charged alongside or can replace PC §245. In many cases, these less serious crimes will result in significantly reduced imprisonment and fines. Given the facts of a case, the original charges could be dismissed and replaced with something less serious or you can be charged with multiple crimes at once and the weakest charges are then dismissed.

Any California felony criminal charge is a serious matter that you need to immediately address and begin preparing your defense. An effective legal defense should start immediately upon arrest. Your defense can involve many complex tasks, including preserving video evidence from a camera or cell phone, finding witnesses, or arguing an assault charge should be classified as a misdemeanor and not as a felony. In many assault cases, strong legal defenses are often built upon small details or facts that can be easily overlooked by police investigators or detectives.

Because your freedom and future are at stake, choosing the right lawyer to protect you is the most important step you can take. If you want to learn more about how I can help you, please call me at 562-304-5121 for a complimentary consultation and learn how I can defend your freedom and rights.