This article examines California Vehicle Code section 23153, which relates to driving under the influence of drugs or alcohol and causing an injury. 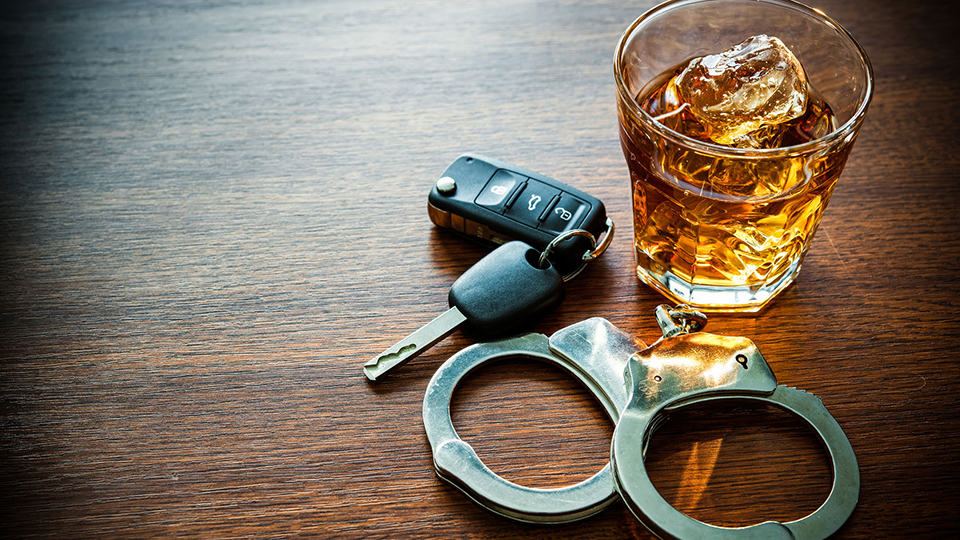 In California, it is illegal to drive under the influence of drugs or alcohol (often referred to as a “DUI”). It does not matter whether the driver thinks they are good at it, or that they are taking a route they have taken hundreds of times. And if the incident resulted in an injury, the crime can be particularly serious. 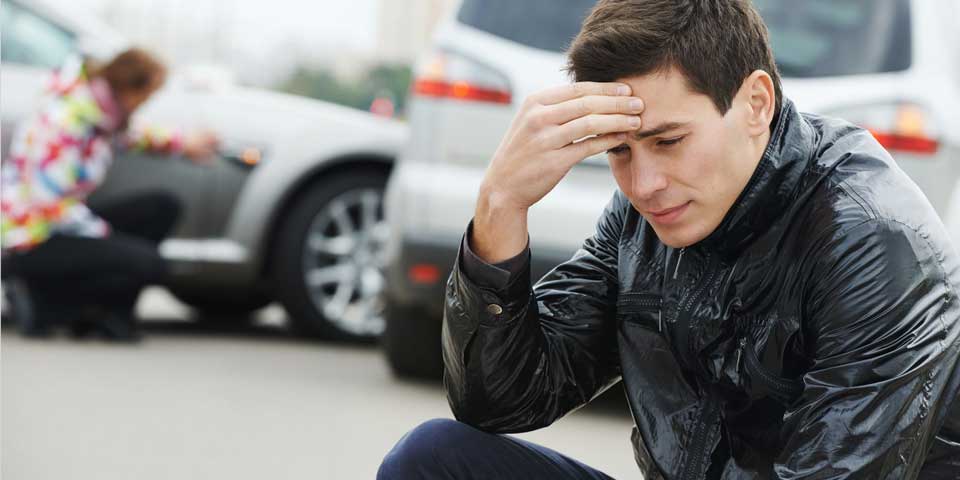 To be convicted of a crime in California, several facts must be proven. These are called “elements” of the crime. In cases involving driving under the influence of drugs or alcohol (“DUI”) causing injury, the elements are provided by California Vehicle Code sections 23152 and 23153.

Put simply, the elements are as follows:

Several of these elements are explored in more detail below.

California courts hold that driving is the willful and intentional controlling of the car in order to move it and actually making it move. A driver is driving when they cause the car’s wheels to turn and move the car from one place to another, even if only an inch away.

Simply sitting behind the wheel does not constitute driving for the purposes of a DUI charge, but it can be circumstantial evidence that you recently drove the vehicle under the influence of drugs or alcohol.

In addition to actual impairment, California has also made it unlawful for a person to drive if their blood-alcohol content exceeds a certain amount:

In these situations, a person can be guilty of driving under the influence even if they feel and appear perfectly sober.

Vehicle Code section 23153 was designed to provide harsher punishments for people who drive under the influence and commit an additional unlawful or negligent act. For this reason, the offense that causes the injury does not have to be related to or caused directly by the driver’s alcohol or drug-related impairedness.

Conversely, if the impaired driver’s unlawful or negligent act is unrelated to the victim’s injury, the driver is not guilty of DUI causing injury.

How Serious Injuries Need to Be

The injury caused by the driver’s unlawful or negligent act does not have to be great. If someone other than the driver is hurt in a way that is more serious than being frightened, startled, or a little bruised, the “injury” element of the crime is met.

Thus, a person can be convicted of DUI causing injury even if the injury is not life-threatening or serious.

Penalties for DUIs That Cause Injury 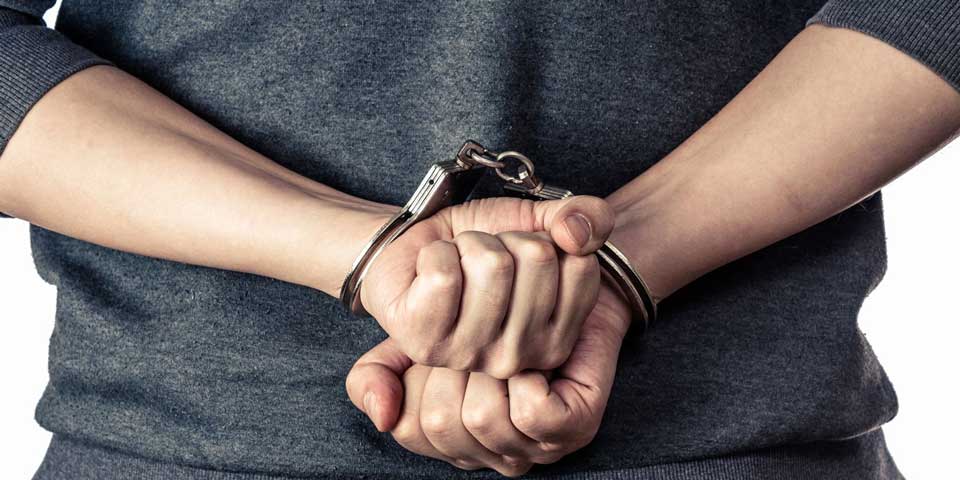 If the defendant has one or more of the following convictions within ten years of the current charge, they will face a higher range punishments:

The punishment for these offenses is as follows:

Increased Punishment with Serious Injuries In cases where the offense is charged as a felony, the defendant could face an increased punishment if someone other than the driver suffered a “great bodily injury.” A great bodily injury is a significant or substantial physical injury.

If the victim was a child under the age of five or a senior over the age of 70, the consequences can be even greater.

Other Consequences of a Conviction

In addition to the legal consequences discussed above, a conviction for driving under the influence of drugs or alcohol and causing injury can have some significant consequences on a person’s life. Those include:

These can apply even if the defendant never steps foot in a jail or prison cell.

This differs from other crimes, like theft, where the defendant must have committed the crime with the intent to steal. The lack of an intent element in DUI cases means there are often fewer defenses to the crime.

Nevertheless, there are several common defenses to DUI causing injury. A few of those are explained below.

As mentioned above, California courts hold that driving is the willful and intentional controlling of the car in order to move it and actually making it move.

Often, arresting police officers don’t witness car accidents, so they don’t necessarily know who was driving the car at the time of the accident unless the driver is alone.

If the person charged with a DUI causing injury was not the driver at the time of the accident, they are not guilty of the crime.

A driver is not assumed to be under the influence to be charged with DUI. A field test or breathalyzer can indicate possible intoxication, and a body fluid test will confirm it. But drug and alcohol tests aren’t infallible, and false positives do happen.

If there is no actual injury to a person other than the one driving under the influence, then there is no violation of Vehicle Code section 23153. As mentioned before, an injury has to be more than a scare and a few bruises.

And even if there was an injury, the cause of the injury isn’t always black and white. Something else may be the cause of injury, even if the accused was under the influence and driving at the time.

A different cause entirely out of the driver’s hands, or an intervening factor that could not have been foreseen, may be the actual cause of injury. But remember:

No Unlawful or Negligent Act

Some accidents are just that: accidental. Unfortunate events can occur even when someone is being cautious, reasonable, and law-abiding.

For example, a driver the influence in the rearview mirror and over their shoulder while backing out, but they still hit a friend who as crouching behind the car. It’s not a normal thing to get out of your car, look people crouching behind it, then get back in and back out.

If a driver is otherwise obeying the law but is forced or compelled to break it in order to avoid a worse outcome, they may have been justified in their actions, even though the outcome was an injury to someone else.

A person under the influence drives down a two-way residential street at the speed limit, but a small child suddenly runs out from between parked cars in front of the driver’s car. The driver swerves to avoid killing the child.

If, in the process of doing so, the driver clips a car in another lane and causes an injury, they may have technically committed a DUI causing injury. But the driver’s desire to avoid killing the child might justify the driver’s negligent or unlawful lane-change.

Strategies for Defending a DUI with Injury Case

The prosecution must prove that all elements of the crime have been met to sustain a conviction. The driver must be under the influence, break the law or act negligently, AND cause injury to someone other than themselves while driving.

If the prosecution cannot prove one of these elements, beyond a reasonable doubt, then there can be no conviction for felony DUI under Vehicle Code section 23153. It is usually best to attack the prosecution’s weakest argument—the element for which they have the least evidence. Here are some strategies to do that:

If there isn’t strong evidence to prove that the driver’s negligence or unlawful behavior was the proximate cause of injury, but there is strong evidence of DUI, agreeing to plea to misdemeanor DUI may be a good idea.

A plea bargain can help keep the defendant out of prison if he or she has less than three prior DUIs, and from having a felony on his or her record. It might also allow the defendant to negotiate a lighter overall sentence.

False positives, inaccurate lab equipment, and improper field tests can all lead to an unwarranted DUI arrest. In many cases, courts will not admit evidence of drugs or alcohol if the testing procedures are clearly suspect or obviously wrong.

If the evidence is attacked successfully, the prosecution can be left without proof that the defendant was under the influence of drugs or alcohol.

You may know of cases dismissed on “technicalities,” where there is no trial and no court has acquitted the defendant, but the defendant nevertheless walks free. While this may infuriate some, it is a reflection of our nation’s dedication to justice in both the letter and spirit of the law.

The police and the prosecution are duty bound to ensure that they serve the people while protecting the civil rights of defendants. After all, defendants are people, too. As such, cases are sometimes dismissed for police or prosecutorial misconduct.

The police are often required to explain someone their rights before conducting an interrogation of someone in custody. If they unlawfully fail to do so, any evidence, admissions, or confessions that are found as a result of that interrogation are likely to be thrown out. This can make trying the case much more difficult for the prosecutor.

If you have been charged with driving under the influence causing injury, the facts of your case matter. Some facts can negate elements of the crime and ultimately result in dismissal of the charges.

It is often a good idea to speak to a qualified and caring criminal defense attorney to give yourself the greatest protection possible. Call Los Angeles Criminal Defense Long Beach Criminal Lawyer for honest and effective legal advice: 562-304-5121.